It seems like we could have just as well closed the stock market for nine months. Sure, we would have missed a lot of volatility, but the end result would have been about the same. The performance of my portfolio, as well as of the AEX index, was within +/- 1% of the start of this year. What did change however, was the composition of my portfolio (something that couldn’t have been achieved without an open market, of course). Skagen Global continued to disappoint, so I got rid of it. The result of this fund was a 12,5% profit in 14 months.

Most of the proceeds of this sale was kept in cash. Only a fraction is reinvested in iShares Core MSCI World UCITS ETF (quite a mouthful).  This ETF tracks the MSCI World index. Trackers are extremely suitable for investors who just don’t have the time to study companies or don’t have the capacity to do so. They are very cheap compared to mutual funds, and although they don’t beat the index (neither do most of the mutual funds), they will consistently come close to the returns of the index they follow. One thing I made sure of was that the ETF I invested in really owns the stocks and doesn’t replicate the index returns using derivatives. By using derivatives an ETF could bring risks you don’t want to have or don’t even realize you have.

Why did I only invest a fraction of my money in the ETF some might ask? Well, I really would like to put the rest of my cash holdings in it, but in my opinion  would that not be a wise move. At the moment the price to earnings ratio of the S&P 500 based on trailing twelve months is high, quite high. When you take a look at the past you’ll find a mean of 15.55, a median of 14.60 and a current p/e of ± 20, see the following website. Therefore, I’ll wait to commit a lot more  money to the ETF but will in the meantime use a by Warren Buffett advised strategy. I will “accumulate shares over a long period and never sell when the news is bad and stocks are well off their highs“. This can be achieved by letting the computer buy trackers monthly through Binck Fundcoach (or another suitable bank/broker). Only the amount of euros will be fixed. The rest will be out of my control so that I can’t make dumb decisions like buying high and selling low.

To conclude this post I have added the page from the Berkshire Hathaway’s 2013 annual report wherein Buffett gives some advise to the average investor. Read it. 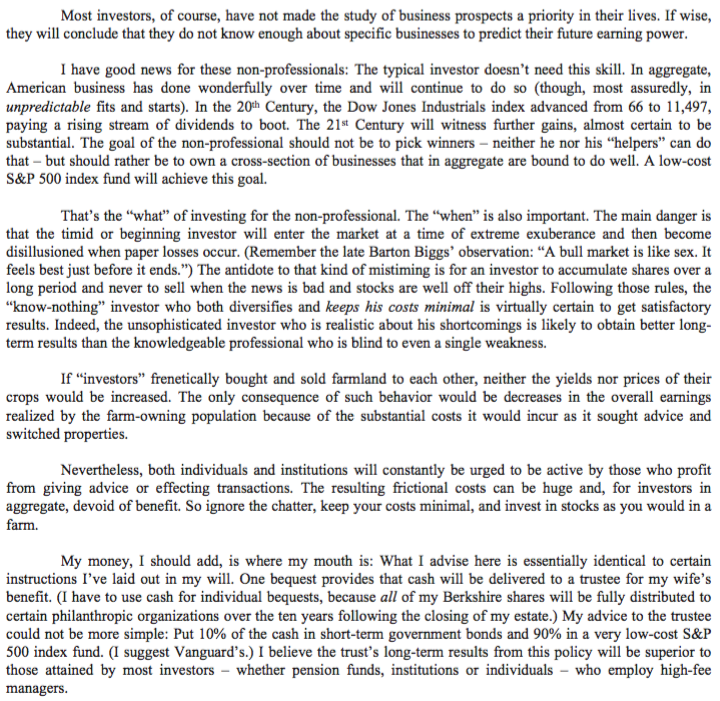 Or just watch this: 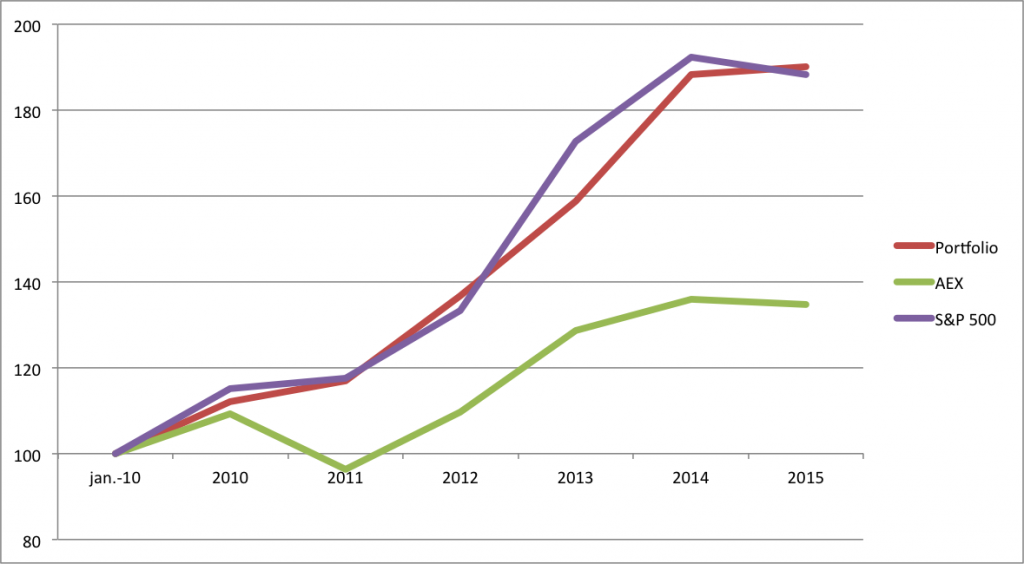