This is going to be a short post as there is not a lot to talk about that was not already told in the review from the first half of 2014. Because of a lack of time, still caused by my studies, am I unable to invest the way I did before. The transactions of the first half of 2014 reflect this as I had to adjust. Nevertheless did my portfolio perform quite well, especially in the second half of 2014. The performance was driven by my stake in Berkshire Hathaway (BRK-B) as the stock increased ±27%. This increase in price was more than the increase in intrinsic value of the company. Although it was still undervalued at the beginning of 2014, it is less so now. We have to wait for the annual report to be able to determine the approximate value of the company. I can comfortably say, though, that Berkshire is not yet priced at an unreasonable high value. Therefore I expect to keep the stock in my portfolio in the foreseeable future.

Skagen Global, my other investment, was somewhat disappointing as it really underperformed the market. A value philosophy is of course not a certain way to always outperform the market, but I believe that the performance of Skagen Global was even disappointing to the investment firm as they changed the management of the fund.

Another driver of the performance of the portfolio was the appreciation of the dollar versus the euro. More than half of my portfolio consists of Berkshire shares denominated in dollars and Skagen also does have dollar denominated investments. The 12% gain of the dollar therefore matters. In the long run however, I think such large swings evolve into small changes. Since I stopped trying to hedge currency fluctuations in 2012, the dollar appreciated since then only 5.6%. 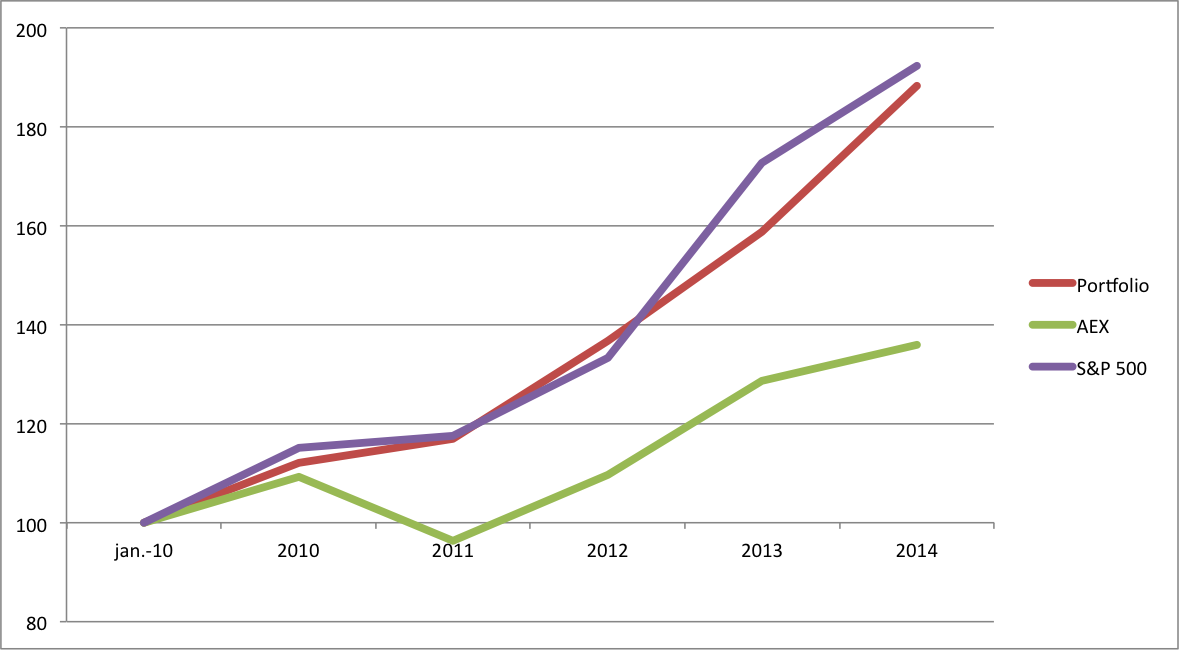